Well-known maker of avionics equipment and activity trackers Garmin is believed to be the latest victim of a large-scale ransomware attack that has seen the Taiwanese company’s IT and communications systems shut down.

Garmin has yet to say what is causing the outage but confirmed that most of its online properties are offline, along with its call centres, email system and online chats.

A Taiwanese news site, iThome, posted what it says is an internal email from Garmin.

In the email, Garmin staff say the company’s servers and databases have been attacked, and that production in the Taiwanese factory will be closed down for two days as a result.

The company’s Connect system status page lists all of its 18 activity tracking features as being down, with the outage first reported just over half a day ago.

Garmin’s website for pilots, FlyGarmin.com, carries a large alert about the current service outage, with no time of service restoration given. 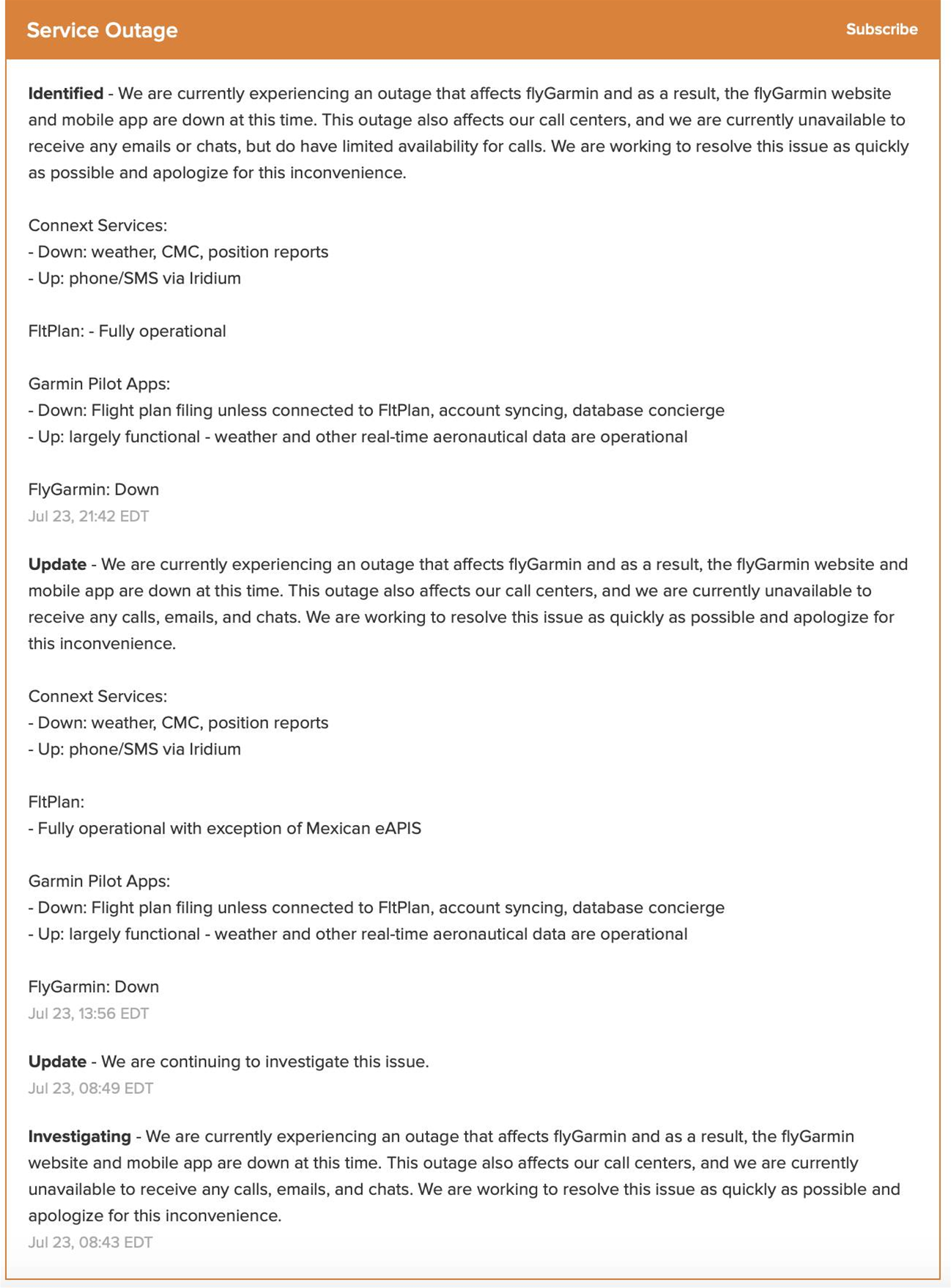 Users have been unable to sync their data with Garmin’s services, with some expressing concern on social media about the safety of their health data that was uploaded to the Taiwanese company.

Criminals are increasingly targeting larger companies such as car manufacturer Honda that was recently hit by ransomware.

That means bigger ransoms, which in turn means the groups have more to invest in ramping up their operations in terms of both scale and sophistication,” Callow said.

Callow advised ransomware victims not to pay the criminals.

He added that if nobody paid the extortionists, the ransomware scourge would stop and go away.