Fake news is flourishing during COVID-19 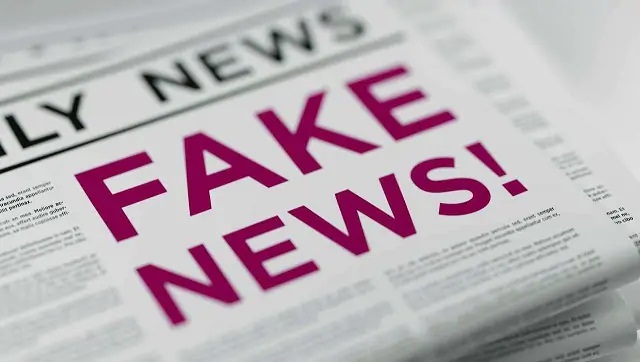 Not long after news of a virus outbreak in the Chinese city of Wuhan began to spread worldwide, this image hit the internet:

Some people claimed it was a map of Wuhan travellers across the 2020 Lunar New Year. Tabloids in the United Kingdom picked it up. Channel 7’s Sunrise used it in a live segment.

But it did not represent the outbreak. It showed a year’s worth of flights, from nine years ago.

After a summer of devastating bushfires and the upheaval brought by coronavirus, the first six months of 2020 have been defined by immense change — and we’ve all been looking for answers.

A study by the News and Media Research Centre found that even at the beginning of this year, Australia’s demand for news surged. Nearly half of those surveyed got their news online.

For Anne Kruger, this triggered alarm bells. The Australia Pacific lead for global fact-checker First Draft news told The Drum we’re in the perfect conditions for fake news to flourish.

“While you’re waiting for information to come out, people are scrambling around to get what they can,” she says.

Over the summer of bushfires, fake news gripped our feeds. Misleading maps went viral. Images were picked up and shared by high-profile celebrities.

Know your fake news: How to spot a fraud

Using a familiar format and an official logo, it looked like any other government document. But very quickly, state MP Duncan Pegg stepped in to call it out. It was a fake.

As technology develops, fake news is getting more sophisticated. But there are a few key markers to test if you’re unsure if what you’re reading is real.

The first is language: how is the issue being discussed?

When the fake Queensland Health statement was released, many were quick to pick up that only suburbs with higher Chinese-Australian populations were singled out.

“If you look closer at the language you could just tell they were picking on them. It didn’t seem quite right,” says Anne Kruger.

Fake news tends to take advantage of our tendency to share content that evokes an emotional response.

“If you’ve got an agent of disinformation, they’re trying to goad, because they know that’s going to get the highest reach.”

The second marker involves a good old-fashioned profile stalk. Namely, who, where and when.

“Look at ‘who is this person, where are they and what else have they posted or shared in the past?’,” says Anne Kruger.

“Quite often, I’ve found accounts that have been set up literally the same week or month that there’s been a particular issue they’ve wanted to criticise or comment on.”

Finally, try to work out why the post is being shared in the first place. First Draft News boils it down to three broad areas. The first is power; anyone looking to push an ideology, politics — even conspiracy people.

The other is financial gain. Is someone trying to get your money through this post? Whether it be a donation, merchandise, or a product.

And finally: it could just be general mischief. Each area shows how vast and varied fake news content can be.

The first step is simple: wait.

“I always say, have that seven-second delay before you like anything, before you send anything, because you’re feeding the algorithm,” says Anne Kruger.

If you think an image, a tweet or a story looks a bit dodgy, do not engage.

“If it doesn’t have one piece of verification in there, it’s 10 times zero. It’s worth zero.”

However, if you want to do your part in stamping misinformation or disinformation out, Anne Kruger recommends you try to verify it — with the help of experts.

“If you find something that’s suss, send it in as a tip to your reliable news organisation.”

First Draft News is leading a coordinated effort to stamp out fake news. Twelve organisations have come together to identify, document and expose it.

Kruger says even just sending in a screenshot can be a significant help in filling a ‘data void’.

“It’s just too much information for newsrooms to do this alone; too many groups to follow and monitor.”